If you want to read David Castleton’s insightful description of the literary genre called the gothic, read on…. 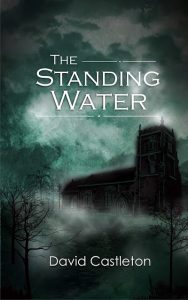 What is the gothic? What’s its place in European literature and culture? And is it a style that could have an influence on the literature of today? These are the questions I’m going to be considering in this blog post.

The gothic could be defined as a European tradition in art, architecture, music and literature that stretches back to at least the early Middle Ages. Perhaps it’s a tradition that celebrates the darker aspects of life: the uncanny, the supernatural, the unknown, the mystic, the taboo, the macabre, the shadow side of our minds known as the subconscious. I suppose it’s an embracing of the irregular, the organic, the chaotic. Take, for instance, a gothic cathedral like Westminster Abbey with its gargoyles and riots of foliage, its arched windows filled with stained glass that darken the already weak London light, its carvings and effigies, its beautiful ceiling vault meant to mimic the canopy of a forest. Now contrast that with a Classical building like Saint Paul’s – the cold regularity of its pillars, the rigid symmetry of its façade, the order and harmony and balance of its interior. At the risk of simplifying all this somewhat, we could point to two opposing tendencies in the European mind. There’s the temple of order with its proportions, its rationality, its bright streams of light. But if this temple of order is raised on a hill, think of the caves beneath – the darkness and gloom, the bats, the weird rock formations, the twisty paths and knotted labyrinths, the hidden caverns, the concealed waterways with lurking bug-eyed fish. Could such a dichotomy represent our minds? The conscious mind with its set ideas and certainties and categories of right and wrong, tasteful and distasteful, and the skulking ambiguous underworld of the subconscious beneath. It was into such caverns that thinkers like Freud and Jung began to shine light, exploring them tentatively with a flaming torch in one hand.

It’s perhaps no coincidence that in Britain gothic literature flourished in the Victorian age (1837-1901). It was a time of Empire, of imposing ‘order’ on the ‘savagery’ of ‘natives’, of huge efficient factories back home where the indigenous working class (another subspecies in the minds of many of their ‘betters’) laboured at newly invented machines and followed new methods of organisation and efficiency that could be compared in their relentlessness to the algorithms of Amazon and Google today. But this bright ordered world had its darker side. The slums of East London – a fifty-minute walk from the Classical, newly remodelled Buckingham Palace – teemed with filth, lice, disease, prostitution, alcoholism and malnourished children. London’s slums were said to be worse than Calcutta’s. Railways spanning India existed side-by-side with colonial massacres and famines caused by imperial incompetence. Industrialisation gave rise to appalling health problems. Manchester was so polluted that, like in Beijing today, one rarely saw the sun. In Haworth, the mill town where Emily Bronte – author of the gothic novel Wuthering Heights – grew up, life expectancy was twenty-five.

It’s understandable that, after the order and proportion emphasised in the ‘Age of Reason’ in the 1700s, the gothic made a comeback as the Victorian age approached. New churches mimicked the medieval style; the town halls of new industrial metropolises, like Manchester, aped gothic cathedrals. Gothic literature also gained in popularity. Mary Shelley’s ‘Frankenstein’ suggested scientific logic had its limits. Frankenstein’s creature – a triumph of scientific endeavour and rational thought – inconveniently insists on feeling human emotions like loneliness and fear before dropping into a full-scale existential crisis and exhibiting a very gothic desire for rebellion and revenge. ‘Dracula’ encapsulates Civilisation’s fear of what lurks underneath or outside. The eroticism of the vampire and his targeting of women express a dread of repressed sexuality, especially the female kind. The foreignness of Dracula is also significant. The Count, a native of a remote, less ‘civilised’ part of Europe, personified Victorian fears of immigration and miscegenation, and perhaps reminded the wealthier British classes of the ‘barbarians’ at home and abroad they felt they had to subdue. In Wuthering Heights, the heroine Cathy has to choose between the fenced-in, ordered, tidy home of her husband and the wild rough moorlands she associates with Heathcliff.

Another upsurge of gothic culture took place in the 1980s. A youth culture emerged which soon became labelled as ‘goth’, with a trademark look of dark hair, pale skin, lots of leather and black clothes. This culture was soundtracked by a gloomy subgenre of rock music and marked by the usual gothic obsessions: mystery, magic, graveyards, ghosts and vampires, all spiced up by a liberal attitude towards alcohol, drugs and sexual ambiguities. I think it is no coincidence that much of this scene, and many of its bands like The Sisters of Mercy and The Mission, hailed from the north of England. The 1980s was a time of upheaval in the UK. The elite’s ‘rationalism’ during the Thatcherite period meant the promotion of uncompromising free market forces along with the smashing of unions and workers’ rights. Whole industries shrank or closed completely, hitting industrial areas like the north of England especially hard. Cities became gothic ghost towns of crumbling buildings, dilapidated estates and the skeletal remains of old factories. Elites once again had to face the ‘brutish’ menace of the working class. Inner cities rioted; there were savage battles between police and workers in the 1984-5 miners’ strike and the London printers’ strike of 1986-7. The government also felt the need to clamp down on sexual ‘deviancy’ and ambiguity with a repressive anti-gay law.

And how about today? I’ve noticed quite a few commentators on the web suggesting gothic literature, and gothic culture in general, are due a comeback. When I began writing my novel ‘The Standing Water’, it wasn’t my intention to produce a gothic book. But little by little gothic themes sneaked in. The story concerns a seven-year-old boy in a remote town in 1980s northern England, who becomes convinced his headmaster is a murderer. He inhabits a dark, surreal and thoroughly gothic world of rain-drenched flatlands, in which he first suffers psychological and physical abuse from his tyrannical teacher then tries to take revenge on him. The book contains spooky graveyards, unburied skeletons, a ‘haunted’ pond, a ‘cursed’gauntlet and lots of violence, madness and sinister secrets. As I worked over my drafts, I realised with surprise that it was a post-modern gothic novel I was writing.

I suppose today’s world could encourage a gothic resurgence. Upheaval and uncertainty tend to fuel the gothic and we have plenty of that. The fears of immigration expressed in Dracula are back with the refugee crisis, as is sexual ambiguity with the recent explosion of gender identities and sexual orientations, something bewildering to conservatively minded people. Our economies, having barely recovered from one crisis, may be hobbling towards the next, and those excluded from the moneyed citadels of the one percent (the fearsome and disgruntled masses) are deserting centrist political parties for the populist left and right. We’ve witnessed bounds forward in technology that are at least as unsettling as the Industrial Revolution. Could advances in robotics and artificial intelligence give us post-modern Frankensteins? What ‘monsters’ could genetic engineering birth? What ‘poisonous’ ideas could travel through the Internet like vampire venom swimming through veins and arteries?

At the start of this post, I suggested there were two tendencies running through the European mind: the stream represented by Classical logic and proportion, and the murky, more ambiguous river of the gothic. I would argue we need a confluence of both: the impulsive and the orderly, passion and reason, the clear and the intriguingly opaque. We have to acknowledge our dark side if we are to have any hope of mastering it.

Note from the editor: I recommend David’s book to any person who wants to get into the fantastic world of rural English children, but who also want to get acquainted with England’s social and political problems.

I'm a writer born in Argentina, but currently living in Poland. I work as an English and French teacher, translator and copywriter.

This site uses Akismet to reduce spam. Learn how your comment data is processed.